Belleflower Brewing Company is named after owner Nick’s family farm. For about 200 years, the farm has been a gathering place for generations of family and friends. The name was originally given to a beloved apple tree that fell many years ago, whose trunk has been repurposed as a decorative beam in the barn as a symbol of the enduring grit and ingenuity of New Englanders. Above the barn at the family farm is a farm hex sign, a form of folk art believed to be imbued with mystical powers to ward off evil and bring good luck.

Belleflower’s logo is a modern take on this traditional sign. Like the generations that came before, and the breweries that have raised them, all four owners of Belleflower hope to build a gathering place for many more generations to love. “Family, friendship, and community are at the core of who we are, and we want to create a destination where locals feel like family and visitors become new friends.” 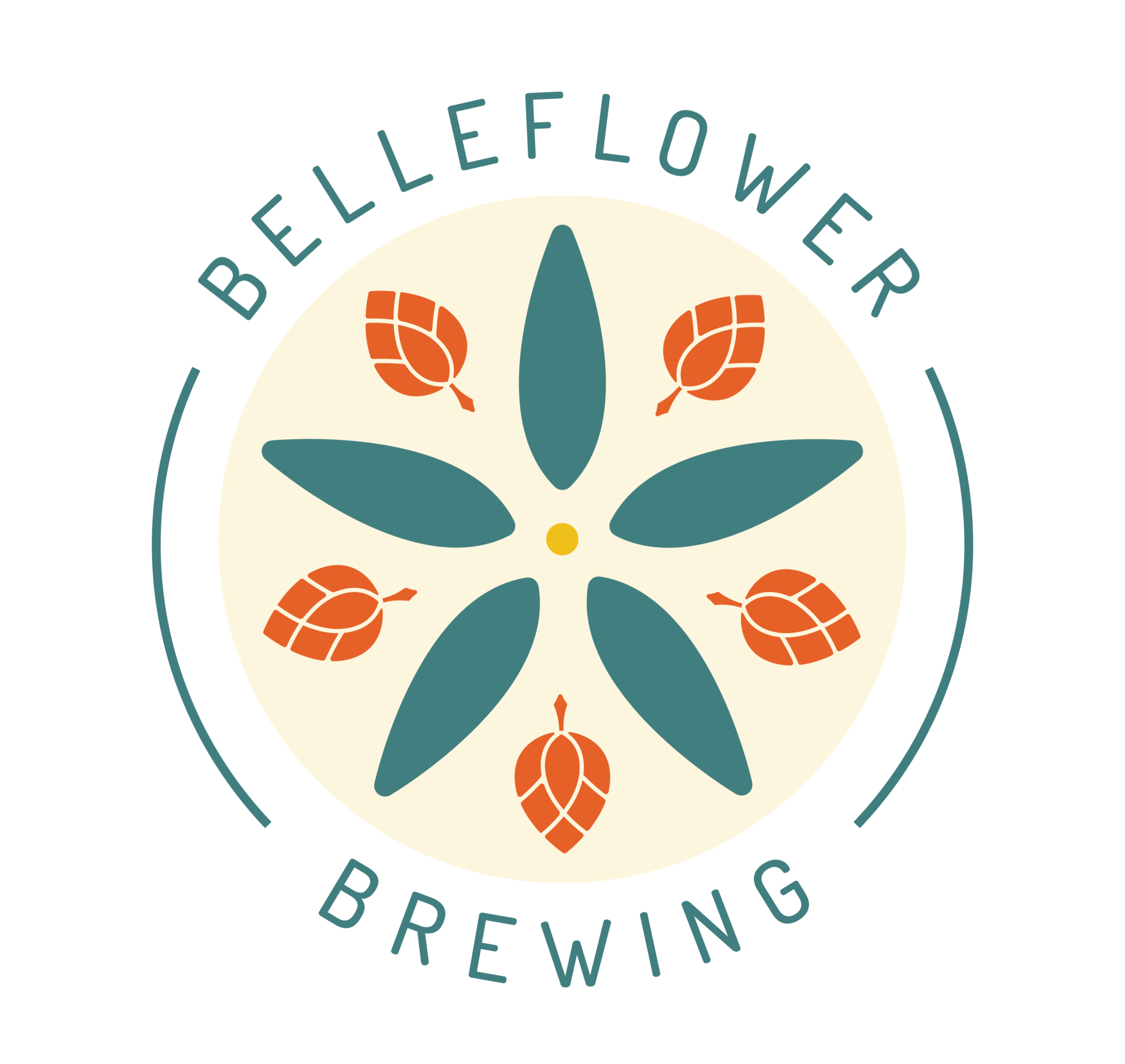 Belleflower is located a very short walk away from the Bayside trail – a Greenbelt trail that is perfect for walking, biking, or running. For a more shopping and food experiences – head up the hill from Belleflower to Washington Ave where you can grab a quick bite or sit down to enjoy fresh-baked breads or widely varied food options from one of the many great food establishments like Baharat, A&C Grocer, or Ramona’s.